What are the advantages

The possibility of re-sowing soybeans after harvest and, as a result, obtaining additional income is provided to farms due not only to the efforts of breeders, but also to the biological characteristics of the crop itself.
Thus, in the case of late planting due to changes in the photoperiod (duration of light and dark periods of the day) and thermal regime, plant development is faster. For its part, this leads to a significant reduction in the soybean growing season. This feature provides the possibility of its application not only as a main, but also a repeat or insurance culture.
Other benefits of soybean recycling within one year include: 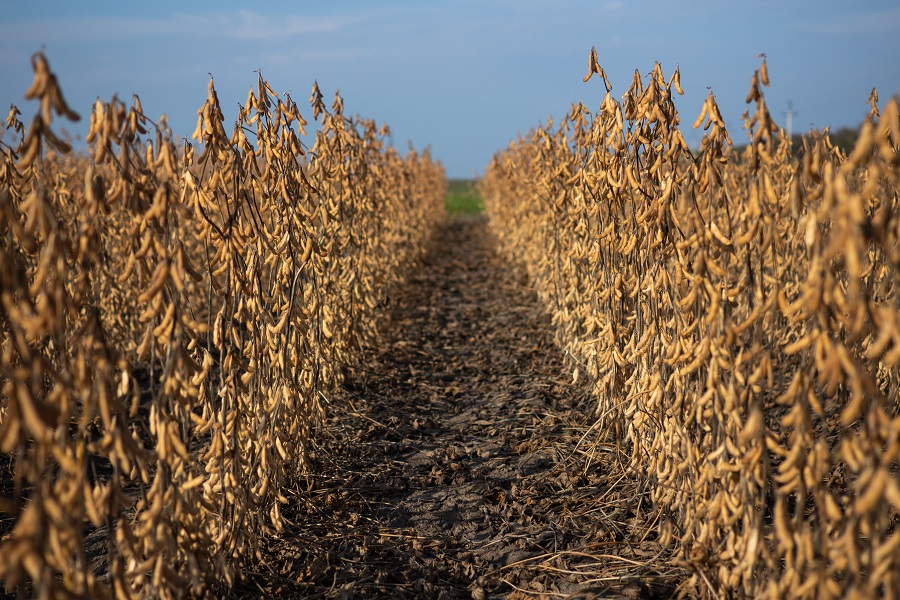 Increased protein content in many varieties bred specifically for secondary summer sowing. Due to this, the harvested crop can be sold at a slightly higher price than spring planting products.

Farmers of many countries turn to the technology of soybean secondary sowing. And this is not only southern Argentina, Brazil or Mexico, but also those located, in particular, in temperate latitudes, such as the United States and Russia. Of course, the low latitudes of the northern hemisphere are best suited for this, but with the right approach, you can get high yields in temperate climates.

Yield of soybeans of secondary sowing depends not only on the chosen variety, but also on many other nuances, among them:
In addition, it is important to understand that due to the peculiarities of medium latitude (climate variability) soybean planting material intended for sowing in summer requires inoculation - treatment with special bacterial preparations that accelerate plant growth. This will allow you to get an average yield of legumes, even in changing weather conditions.
In general, soybeans can be used as a second crop after harvesting winter cereals, early potatoes and cabbage, rapeseed and oilseed flax.

According to many experts, the yield of soybeans in the case of late planting, largely depends on the presence of moisture in the soil. Moreover, the higher this figure, the better the seedlings will be and, as a result, the simultaneous maturation of the entire array of plantations. Of course, in summer the soil usually contains much less moisture than in spring. However, even if it is at a depth of 10-12 centimeters, it is possible to get a crop yield of 13-15 quintals per hectare.
Repeated soybean crops are divided into two types:
But in any case, for secondary crops it is necessary to use only high-quality planting material that has undergone the necessary chemical and bacterial treatment. And to choose the best variety, depending on the location of land and other conditions, you should seek professional advice from breeders. 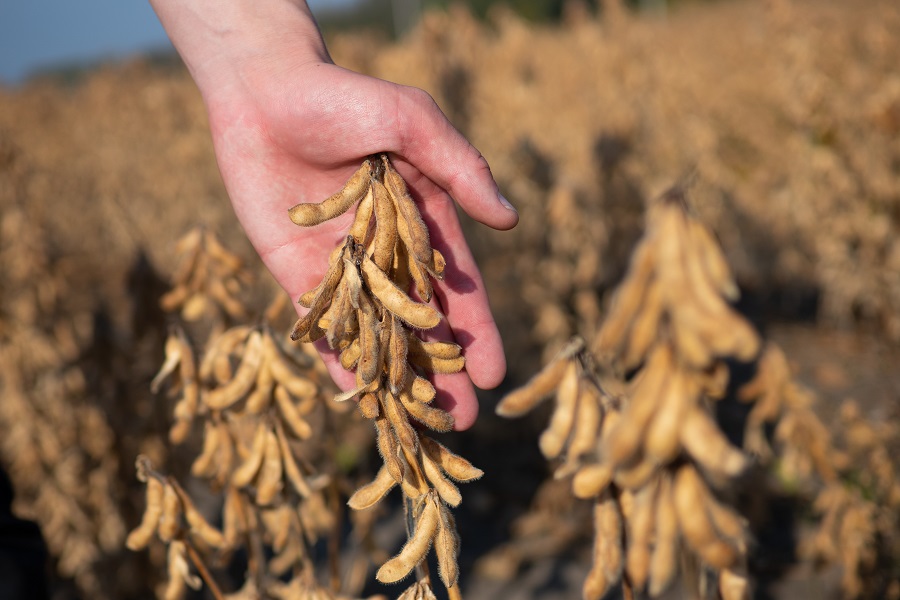 A significant advantage of secondary soybean sowing in the southern regions for any agricultural enterprise is the ability to irrigate land. The fact is that in the case of such cultivation technology, important phases of development of this culture occur in August, and sometimes in early September. At this time (especially in the southern regions of the country) there are long droughts, which without additional irrigation of plots usually does not allow to obtain yields higher than 10-11 quintals per hectare. Proper watering can increase this figure to 20-25 kg / ha.
In addition, depending on the selected variety, re-sowing of soybeans may require desiccation (treatment with special solutions before mowing). This factor must also be taken into account by any agricultural enterprise that has decided to resort to the use of such technology to optimize economic activity.